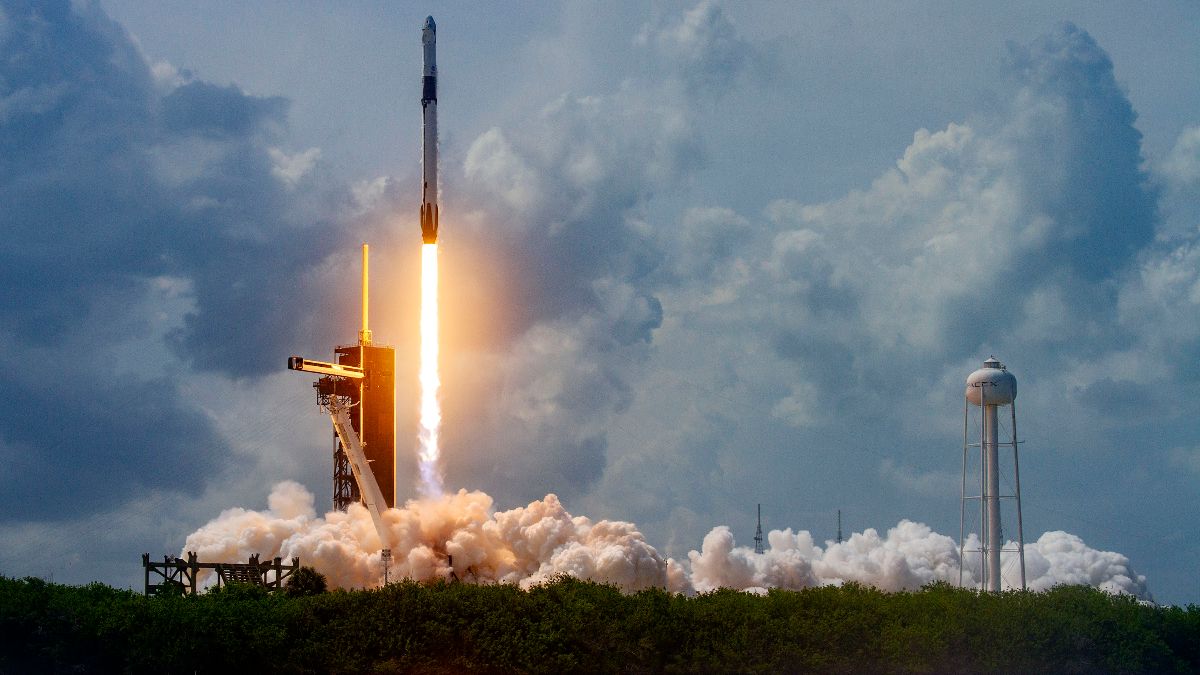 Not since 2011 has a NASA astronaut, in an American craft, been sent into the great expanse of space surrounding our beautiful blue marble.

On May 30th, 2020 this changed. SpaceX, founded by Dogecoin lover Elon Musk, sent their Crew Dragon craft hurtling in front of the rocket-fuelled power of a Falcon 9 thruster towards a low-earth orbit to spend some time at the space station. Private companies met government cooperation in a truly interstellar way.

The launch blasted off from the Kennedy Space Center in Florida, making this also the first positive news story to come out of the Sunshine State since 2011 😉

Are your friends as informed as you? Not if they miss our newsletter! Tell them to subscribe weekly by simply clicking here 🚀

Western Union is a big name in over-priced remittances. Maybe the biggest name for most of our earth's money-transfer history. The company actually did quite well over the COVID-19 peak recently and still sits at a market value of about $8.5B, according to Bloomberg.

MoneyGram, the RippleNet-using mavericks of cross-border payments, seems to be in the scope of Western Union's acquisition gun, according to leaked information from an unnamed representative. MoneyGram didn't do quite as well over the pandemic, holds an evaluation at about $164M, and has garnered about $878M in debt. Oof...

Archaic transfer institutions have had a major struggle in fighting against younger, energetic, and mission-driven fintechs. According to data from Transferwise, the average cost of a Western Union payment of $1,000 to Canadian Dollars costs $19.95 plus a poor bank rate in contrast to an $8.95 payment and a mid-market rate from a competitive fintech.

MoneyGram, on the other hand, has made a strive toward faster payments solutions and lower cost. However, they've done this while being riddled with what appears to be an insurmountable debt. An acquisition could mean that their cryptocurrency partnerships either continue with more strength or fall completely to the wayside. Hopefully, Western Union sees the benefit in using the RippleNet solution.

You know from reading The Changemaker that video games (and board games!) are beginning to unlock the dungeon maps for crypto and are delving into new realms to see what treasures possibly await their games' heroes. Now, a high-ranking player in the video game industry has gone up a level with crypto.

Can you guess who? What started building blocks in 2009 and now has millions of monthly active users? Bitcoin. Oh, and Minecraft! 126M monthly users, 200M copies sold, and an ever-growing sandbox universe for players to use both on and offline. Lots of players equals loads of transaction opportunity.

The game, quite literally built on blocks, will get its first introduction to our kind of blocks via Enjin's latest plug-in. Using the Ethereum chain, players can host their own servers, maintain prices on in-game items, and more. That means your Unbreaking III, Silk Touch, Fortune III Diamond Pickaxe, may be worth some serious skrilla. It could even mean that streamers may actually sell things they've used in their gameplay to viewers.

Fortnite was venturing that way with its papa Epic Games making a strategic partnership with The Abyss, even a recent dungeons and dragons revamp saw some intro to the Cryptokitties stye of coin-use (a crypto-cat sold for $170K, folks).

Game on and spend on!

If you spend any amount of time in the crypto-sphere then you'll start receiving these "news" articles coming from all sources. Cointelegraph, Bitcoinnews, and even some other exchanges themselves will trickle in the clickbait.

The truth is, all long-term cryptocurrency investing is fairly unpredictable and the market hasn't stopped being a volatile space. Holding onto your crypto often means means you'll see the price return to your buy point after a drop, but emotionally buying into these kind of "predictive ploys" is the best way to ensure you put yourself in a bad position.

Take John McAfee for instance, he previously claimed BTC would reach a fat $1M. His recent, colourful (reader discretion) tweet carried a different melody. Even the trusted innovator of the late '80s antivirus company has himself gone quite awkward in social media with this.

Change offers a weekly Bitcoin analysis and is looking to expand the analyses, information, and education offered to customers. The analyses should be read as opinions and the information in them is designed only to give a logical prediction on possible rises or falls based on short-term market behaviour.

The monthly candle managed to close above last week’s $9,350 bullish target and, just past Midnight on Tuesday morning, Bitcoin 🚀 through the $10,000 resistance level and it seemed like we’d finally stay above it, all was well. Unfortunately, not so fast...

Yesterday afternoon, someone started some aggressive short-selling on the BitMEX platform and the price dropped so quickly that other exchanges were having trouble following the price. Reputable exchanges like Kraken, Coinbase, and even Change were having downtime issues due to the fast price movement.

The price discrepancy was monumental - managing to drop to $8,600 on the BitMEX derivatives platform, while it was still above $9,500 on some other exchanges. This was definitely not a natural movement but market manipulation by…someone. We will likely never know who was behind it, as BitMEX does not enforce any KYC and we can all just wonder.

Due to this quick rejection from the $10,000 level, not much has changed from last week and the market structure remains largely the same. We are still above the $9,300 point of control  and can see that the $9,150 level was tested, not triggering a complete meltdown. However, if bulls want to see $10,000 any time soon, these levels need to be protected.

Should we fall below these 2 levels mentioned above, we may see a fall anywhere from $8,700 to $8,200 and hopefully support will be found there.