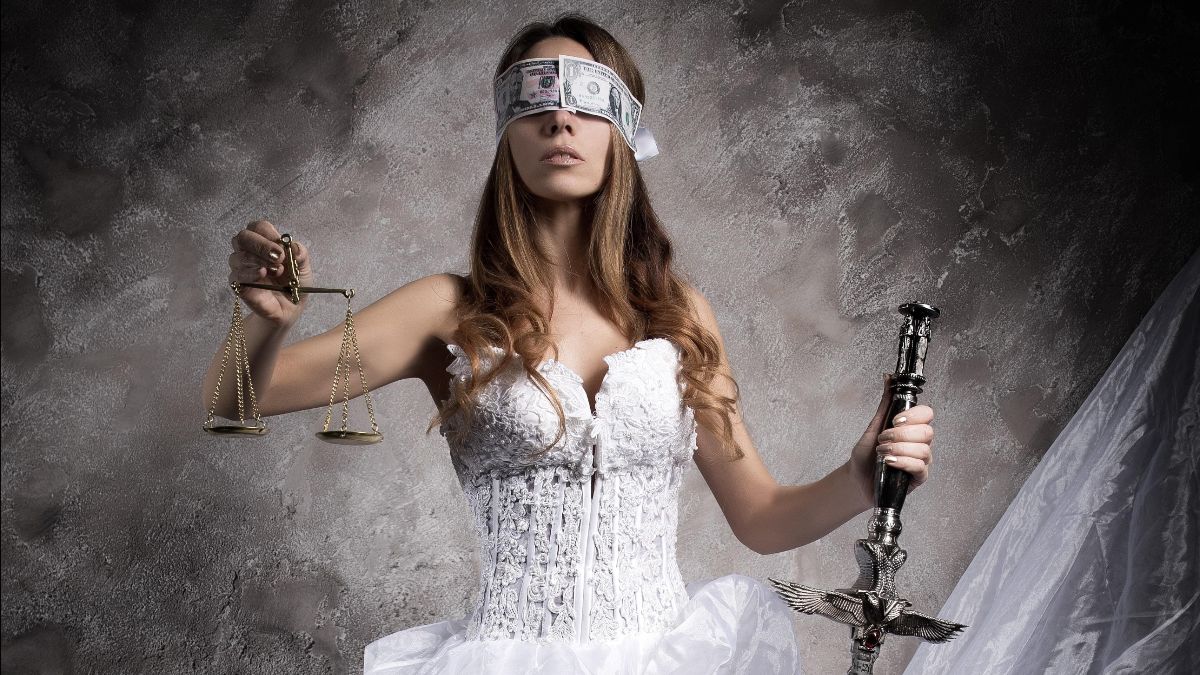 Welcome to this week's early edition of The Changemaker in honour of The Halvening that takes place momentarily. But first...

Two birds with one stone may have been one meteorite's motto as it crashed into Mars and sent a fragment of Martian rock hurdling towards Earth as much as 4B years ago.

Limitations in science had previously prevented our ability to properly analyse nitrogen in meteoric fragments found at the Allan Hills meteorite site ALH84001 in Antarctica, but, thirty-six years later, scientists studying the red rock have confirmed solid evidence that nitrogen existed in organic material on Mars some many years ago.

The main question still being asked? Is the organic matter on Mars as alien to the red rock planet as much as it is to us earthlings?

Are your extra-terrestrial friends as informed as you? Tell them to subscribe weekly by simply clicking here 🛸

🎶 Comply with me, Comply, Comply Away...

Libra has been in and out of the news for some time now. Occasionally rearing its head in the media to gain a bit of spotlight before retreating back to its Zuckerbergian den where it dreams of crypto among its 2.6B monthly active user base.

The Libra Association hopes to help an approximate 1.7B people around the world who currently find themselves "unbanked," as their website claims. KYC standards are not so easily met with that many people looking to register for digital, financial services. No matter, in a quick to combat crime announcement, Libra will be implementing best-practice measures to ensure that criminal activity and ne'er-do-wellers will be met with fair checks during registration.

In a report from Chainalysis, the three policies being adopted outrightly are paralleled with Change's own compliance standards already. A designated Chief Compliance Officer will be appointed, a risk-based EDD program will be outlined, and an FIU will be established for monitoring; this reflects the Libra Association's desire to be FATF compliant prior to launch.

To quote their whitepaper, "The Association [is] committed to creating a payment system that is legally compliant, safe, and consumer-friendly...to ensure that the Association and its subsidiaries contribute to the fight against money laundering, terrorism financing, and more."

With the halvening approaching, Bitcoin transactions are seeing a recent, record-high of nearly 300%, as shown by Bitinfocharts.  On May 8th, the price per transaction averaged out to $3.191 before dropping back down to $1.92 yesterday. These were the highest costs paid since June of last year when the average cost topped the peak of $6.557.

Network transactions fees, or miner fees, are either chosen by an exchange or service automatically for customers, or are chosen by the crypto-owner themselves when transacting Bitcoin. Higher transactions payments get more attention from miners who generally prioritise the transactions that make them more money.

With only hours before the halvening, a potentially bullish market of traders seem to be willing to spend the extra buck or two in order to see their transactions processed rapidly.

📌 Letter from the Analyst

Bitcoin’s block reward will be reduced by 50% tonight. Miners currently receive 12.5 Bitcoin for discovering a new block and cutting this in half means that they will be getting 6.25 Bitcoin for every new block after this event.

The halvening has been baked into Bitcoin’s protocol from inception and, so far, we have had two halvenings in 2012 and 2016. Coupled with other factors, both of these were catalysts for a long term rise in prices.

We can see a few major differences when comparing this halvening to prior ones and while looking at the rise in prices after the previous halvenings, this one may not have such a significant impact as you may think. Here’s why 👇​

People are expecting that the block reward reduction will cause a significant drop in supply like the last time this happened. While this is true, 87.5% of the whole Bitcoin supply has already been mined and is in circulation, meaning that a drop in supply of newly minted coins is a much smaller drop in the bucket than in the past and it should not add so much upward pressure on prices.

Bitcoin derives at least some of it’s value from the fact that people are using it to transact peer-to-peer, causing the price to be somewhat linked to Bitcoin’s network effect. We have millions of more people that have heard or know of Bitcoin - people that were not in the market in 2012 or 2016. A lot of new money entered the cryptocurrency market during the last halvening events. When comparing Bitcoin’s current market capitalization with the numbers during 2012 and 2016, it would require billions of dollars (maybe even tens of billions) of new money and millions of fresh users to enter the market for the price increase 100% - 500% in the medium term.

A recent shock in the economy has left most of the world still recovering. There is currently no certainty whether we are headed for a longer term economic recession or a swift recovery. The economy was almost completely shut down for a few months and we are only now starting to open it back up.

The stock market and the cryptocurrency market saw a sharp recovery, but not to the levels that we saw before the crash. Cryptocurrency has not existed during an economic recession and it is impossible to predict how it will react in case we are headed towards one. However, from an economic standpoint, Bitcoin has a fixed supply and fiat money does not - which means that in the long term, it should act as a potential hedge during times when governments are lowering interest rates, printing money, and deploying quantitative easing measures to stimulate the economy.

Bitcoin’s long overdue correction happened this past weekend; only briefly touching the $10,000 level, it took an elevator down and shed 15% in ten minutes.

We can see a rising wedge (black) on the charts, this is a potential bearish reversal pattern or at least a sign of a correction. A similar rising wedge could be seen in the markets during the rally at the end of 2019. Rising wedges form when the price of an asset rises rapidly in a short period of time, forming support and resistance lines with very steep angles.

When comparing current price action to the last rally, this one is definitely stronger and buyers are more active. This is more likely to be a correction than a bearish reversal.

The price is currently hovering above the $8,500 support level. We had a candlewick down to $8,100, but this was quickly brought up to $8,500. There were two additional attempts to test the $8,500 level and buyers stepped in to protect it, indicating that there is strong short-term support between $8,500 and $8,000.

The $9,150 resistance was tested today, but buyers failed to penetrate this level. This is the next key level that bulls have to overcome, along with the purple trendline shown below.

The halvening is going to happen in the evening today (May 11th-12th), which could bring a lot of short term volatility to the market. If you did not catch any of the recent moves, I would advise you to stay cautious and not get into any emotional trades 🙏​