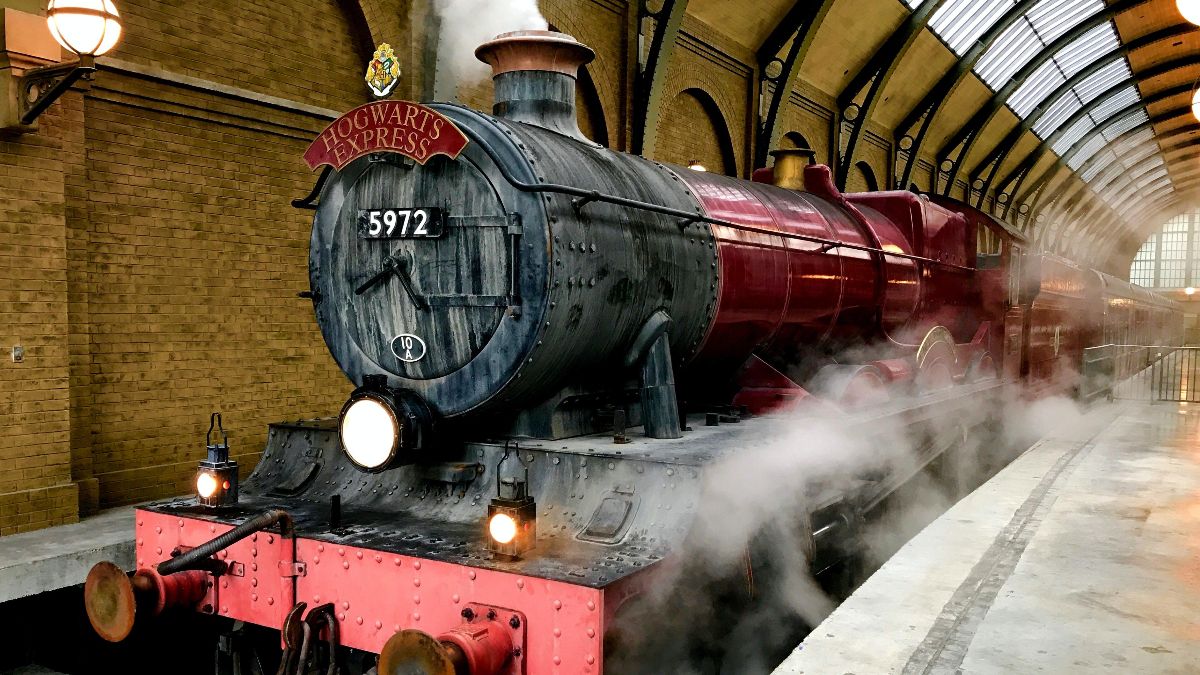 It may not be the next chapter in the Harry Potter realm, but J.K. Rowling will at least have some blockchain basics under her belt before picking up her quill and inking some more magic into our lives.

In a recent tweet from a fellow crypto-contributor named Leigh Cuen (Coindesk), a request was made for responses from novelists who "are curious about Bitcoin." Responses flooded in, but Ms. Rowling floated effortlessly to the top to represent all of Hogwarts in their desire to learn.

A pun-filled and somewhat-free-from-jargon reply on Cointelegraph may just be what your fellow sorcerers are in need of (everyone loves a movie reference).

Are your wizard friends as informed as you? Tell them to subscribe weekly by simply clicking here 🧙🏽‍♂️

The Telegram Open Network was a sure thing in the beginning of 2018, as TechCrunch first announced. But Telegram got busted selling GRAMs and has been facing legal battles ever since. A mere two years later, Telegram is taking TON off the scale and dropping the needle back to zilch.

“Telegram’s active involvement with TON is over,” expressed Pavel Durov, Founder and CEO of Telegram, in a recent announcement.

The Securities and Exchange commission put a stop to the messaging tool's Libra-esque crypto-efforts by considering their $1.7B in unregistered tokens a problem. These are the tokens offered prior to their network launch. TON claimed this was a "pre-ICO" offering and therefore didn't fall into this claim. Unfortunately, the company has given up its fight for fairness as it becomes buried in SEC laundry and pressure.

The SEC is still fighting against Kik and its efforts to introduce an in-app currency. Similar argument, different coin. Based on the user count and lawyer efforts one may expect Telegram to bring to the table, Kik may not be too far behind in losing that fight.

Pavel Durov has warned everyone in his announcement to be mindful of scams regarding TON as the offering is not available any longer and anyone offering this is outdated, simply wrong, or looking to take a piece of your 🍰

Have you ever sent a SWIFT payment? It was once normal for a mom in the US to waltz down to her bank, blissfully enter, and end up aghast at the $25 charge and week-long transfer time issued to her for sending even a mere $50 to her daughter studying anywhere outside the country. Tack on a terrible bank exchange rate to boot.

Jump forward from 1973 to 2018. You'll find that only half of international payments are made using the SWIFT network. Estonian companies, like Transferwise and Change, have engineered or offered new possibilities for sending and receiving money without the effort, wait, and cost. But the leading monetary innovation of our time has yet to really find itself applied in a noticeable amount of real-world use-cases; blockchain needs an inlet.

A paper issued by the Consumer Financial Protection Bureau (US) on May 11th gave XRP's big papa, Ripple, a cool bit of recognition when talking about the expansion of three key points: the continued growth of (1) SWIFT network, (2) fin-tech nonbank remittances, and (3) expanding partnerships of virtual currency companies. Ripple and XRP being the only company mentioned as an example with a footnote citing their MoneyGram partnership.

Does this mean more than simple, government attention? Kevin Rose, the man who led Google into being a Ripple investor, recently gave his two cents worth of XRP in a TechCrunch interview:

"Early Ripple reminded me of a company that could come in, put some standards in place, and have these uptime guarantees and work with commercial banks and create a backbone that was based on blockchain... I never really saw the use case for Ripple as a currency...the excitement was around creating something that commercial banks could understand and get comfortable with."

Now with Azimo, MoneyGram, and, most recently, SBI Holdings in Japan, Ripple seems to be making the proof-of-concept a piece of reality all around the world. SBI claiming, in their latest report, the use of "highly convenient international remittance services powered by Ripple’s distributed ledger technology"

📌 Letter From the Chief Risk Officer

Change not only focuses on simplicity, but we constantly strive for the highest level of safety and security. We want to ensure that, for whatever life brings, our customers’ assets are safe and separated from the company’s assets. Assets belonging to our customers can be divided into two classes: fiat (funds) and cryptoassets.

We are using fintech banking solutions provided by LHV Bank to keep your funds secure. With them we hold euros belonging to our customers on a separate, safekeeping account, excluded from Change’s own accounts and funds. The same applies to the funds that you have on your debit card with Change and are held with our issuing partner from the UK.

Cryptoassets are a bit trickier. As this asset class is relatively new, there are not too many proven market practices tested over the past two decades. But one thing is sure, cold storage and the best industry specialist team guarantees the highest level of security. That is why we have chosen the BitGo custody solution. In addition, they bring $100 million in insurance protections through a syndicate of underwriters via Lloyd's marketplace. The same rules apply here as well, cryptoassets belonging to our customers are kept separate from the assets owned by Change.

In the end, this is what every customer should be requiring from any cryptoasset service provider.

Bitcoin managed to gain another 10% in value over last week and now sits at a critical crossroads. However, nothing major has happened recently and I am rather looking forward to a possible big move in the future.

The rising wedge formation has been broken, but Bitcoin has managed to climb back up after the correction which took us down to the lower end of $8,000 and we continue to rest above the purple trendline.

We’ve tightened up into a trading range between $10,000 and $9,150. If price action gets constricted into a small zone, it could be an early signal that a bigger move may be in the pipeline.

In order for any significant price moves to happen, we will need to break either the $10,000 resistance or the $9,150 support level.

If the buyers manage to make another run towards $10,000 and clear it, we should be headed for at least $10,500, which was the last high made in February. Breaking above $10,000 could bring a lot of temporary volatility into the market as both sides will try to fight for control over this strong psychological level.