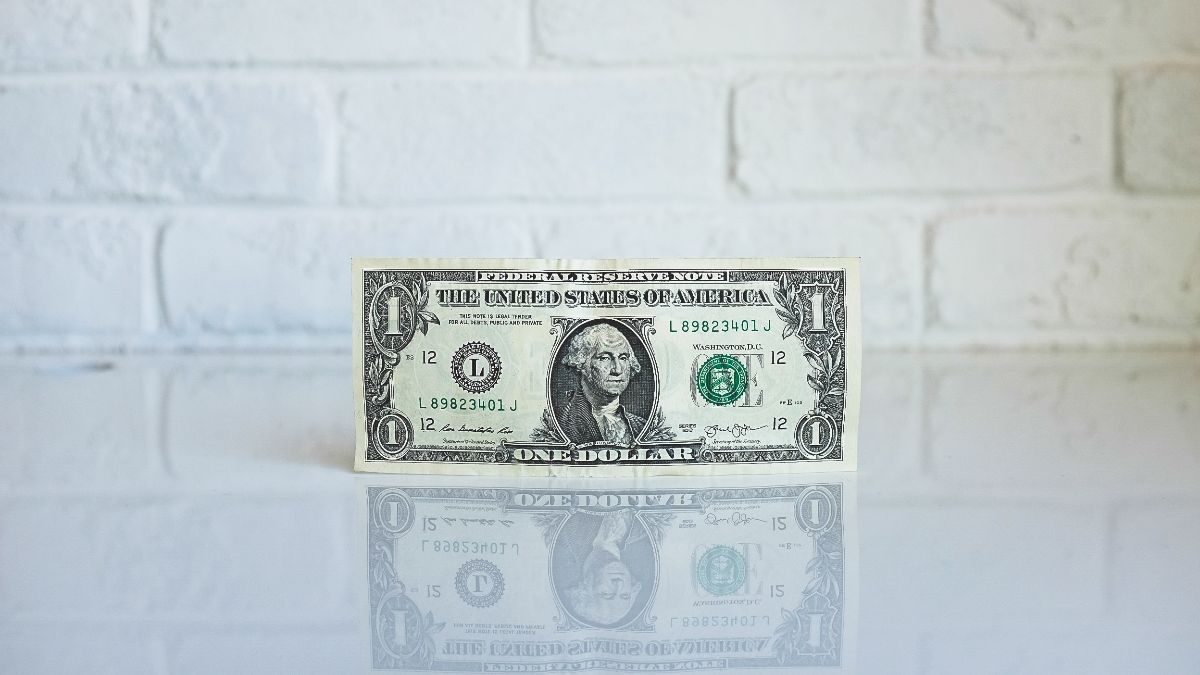 When I was a kid, we'd occasionally stumble across a one dollar bill with a red stamp on it that said www.wheresgeorge.com. Before quickly trading it in for a soda we'd run online to claim our find.

The person who placed the stamp would add the bill's serial number on the Where's George website and all who came into contact with that bill could go online, enter in the serial number, and start building a traceable history for that bill's circulation. It was up to the community to make sure this DLT was properly kept, but boy was it fun to come across a Where's George bill.

Did you know that the 10K BTC used to buy two pizzas in 2010 can still be traced? Every step of every one of those coins is flawlessly followable thanks to distributed ledger technology. Someone has about 5.5% of that 10K (roughly one slice of pizza) worth just shy of a comfortable $5M today.

Are your friends as cool as you? Not if they miss our newsletter! Tell them to subscribe weekly by simply clicking here 🌱

Paul Tudor Jones II, philanthropist, conservationist, billionaire hedge fund manager. A man who began his financial journey in 1976 after being mentored on trading cotton futures. It looks like things eventually "caught on" and Jones founded his own firm in 1980.

Jones' 2020 Market Outlook provides his shared opinions of the future of finance, trading, and stores of value.  The reactionary letter sent regarding monetary deflation and the aftermath of the ongoing COVID-19 pandemic has loads of valuable insight as we move to "repair the worst employment crisis since the Great Depression."

Opening up the crypto-discussion, Paul states that "in a world that craves new, safe assets, there may be a growing role for Bitcoin." Coming at a time of great monetary inflation (GMI), he notes that "money printing is a hard habit to kick." This follows a multi-trillion dollar stimulus package in just the US alone that paid nearly anyone over eighteen between 1-2K multiple months consecutively. The zombie economy eventually bites back.

Gold gets a positive rap as 2,500 year store of value, but Jones has revisited Bitcoin following the GMI for the first time in two and half years, calling Bitcoin "near money" as the average BTC transaction takes around 60 minutes to complete. He goes on to add that his forced forecast would be a bet on Bitcoin as the best profit-maximising strategy before noting it's easy win for the best store of value with a market cap ten times greater than it's closest competition.

Mr. Jones' journey from cotton to cryptocurrency is inspiring - just wonder what he could have done with a little Change.

First, Dave Kleiman partnered with a low-brow dude (or scientist, or whatever he calls himself) named Craig Wright. Now, ten years later, Dave Kleiman's (deceased) estate is being managed by his sister Ira Kleiman. She's suing Craig for roughly $10B worth of Bitcoin and claiming that Craig has "perpetrated a scheme” in order to “seize Dave’s bitcoins.”

Mr. Wright has found himself in quite a pickle recently. A Satoshi-era wallet that he was claiming (meaning an original BTC mining wallet) has recently moved 50 BTC and Craig could only shrug his shoulders. This is only one address of 16,430 unique addresses involved in the Kleiman v. Wright case ongoing in Florida.

Adding to the madness, the network recently received the following message from 145 different addresses associated with the 16,430 Craig is claiming to own:

“Craig Steven Wright is a liar and a fraud. He doesn't have the keys used to sign this message. The Lightning Network is a significant achievement. However, we need to continue work on improving on-chain capacity. Unfortunately, the solution is not to just change a constant in the code or to allow powerful participants to force out others.”

Blockchain is a beautiful thing. Privacy and anonymity make proving who someone is hard, but they making proving who someone isn't quite easy it seems. Mr. Wright has threatened to sue BTC (he calls CoreCoin) and BCH for intellectual property rights, is trying to screw over his former partner's family, and atop all of it has referred to himself as a teach and a pastor.

Special thanks to those of you who reached out to me last week with feedback. I'd like to give you all a brief update on what's coming up this year for our users and I'll try my best to go into as much detail as possible on our not-yet-released features:

In our efforts to be your best choice for investing in Europe, we hope that offering a broader range of products will bring you more chances to grow your earnings. We're excited to go into more detail on the CFD and Cash Management that we'll soon be offering to our users - stay tuned 📻

We also know that our seasoned investors out there have a strong desire to see their money go further; enter the margin trading option for Bitcoin. Starting out with a 2X Bitcoin option, users can take an example of $50 and trade with the power of $100. Of course, the loss factor is heightened when the gain factor rises as well.

Hey! You're awesome. Your Change team works seven days a week and appreciates that you're supporting us each and every step, rockstars 🤘

Bitcoin started last week above $9,600 and closed near the $8,700 level, shedding 10% over the course of this time. On a more positive note, it is still up 125% from the lows formed during March.

The sellers have slowly been hacking away at the price and the black trendline was broken. There was a retest of this trendline, but it failed and we fell below it once again and are currently hovering slightly above $8,700.

There is a potential falling wedge formation on the chart. Falling wedges form when there have been multiple drops in price with declining momentum from the sellers and the buyers slowly step in to slow the decline. Patterns do not always play out and I will be keeping a close eye on this during the next couple of days as it has constructed itself right next to the black trendline. This could provide strong resistance in the short term.

The point of control for the bulls remains at the $9,300 level. Should the falling wedge formation fail to provide any significant upside, the probability of testing the support zone between $8,200 and $8,500 will increase.

As mentioned in the last analysis, it is critical for the buyers to protect the support zone between $8,200 and $8,500, otherwise there could be more risk of further downside.