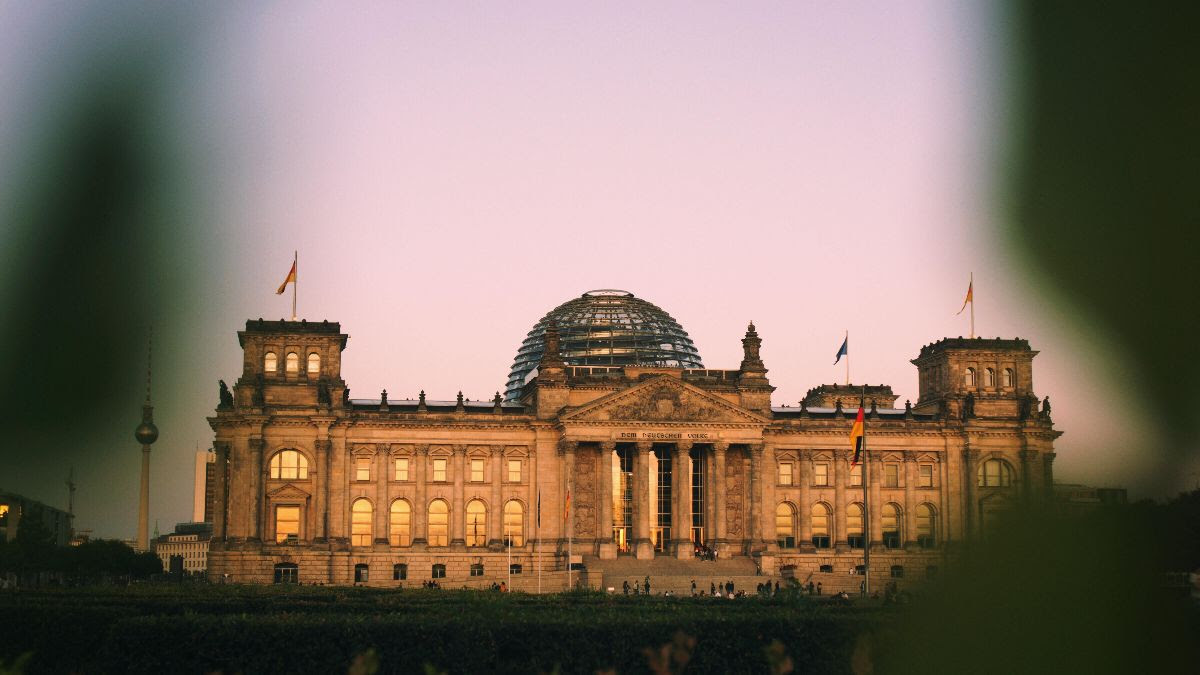 Did ya miss us last week? We're currently working on making some changes to our newsletter to ensure it continues delivering quality content to you on a regular basis.

What's more? We want to know what you find the most value in? Are you focusing on our analyses or our news? How do you think we can make our story even better?

Give us thirty seconds of your time and we promise to, as always, deliver results.

Are your friends reading our newsletter? Have them subscribe weekly by simply clicking here 🧘‍♀️

Thanks to the hard work of a civil rights activist named Katharina Nocun and an EU-based member of the Pirate Party, a 2013 German Constitutional Court case finally sees the light of day. A report from the New York Times quotes Ms. Nocun as saying:

“Targeted interventions instead of new surveillance interfaces should be the name of the game in a democracy.”

A Tweet from Ms. Nocun challenged the direction the courts were taking in 2013 amidst the Edward Snowden debacle - rather than looking critically at what was already legal, measures were taken to further destroy the privacy of what we ironically call "private" citizens.

🤳 The issue? German Authorities had some massive back door overreach in data collection when it came to internet and mobile data of private citizens. This communication was able to be too easily accessed and the amount of private information offered/available was massive.

In a continuation of the Times' piece, Nocun noted that right-wing sympathisers in the German police force were caught in a data-leak scandal. These data-leaks served neo-Nazi groups who were threatening activists on the liberal side of both the private and legal sectors.

👌 The solution? After seven years in court, a limitation is being implemented that will allow only a specific targeting of needed data to be given. Nocun carried on Twitter to state that she'd have liked to have seen the verdict ultimately tackle more of the issues that it was covering, but a "vibrant society" was needed to make this happen moving forward.

⛹️ "Skin in the game." That's what Spencer Dinwiddie of the Brooklyn Nets (not Nine-Nine) wanted his fans to have a little more of.

🏆 What was his plan? Dinwiddie had a three-year contract deal with the Nets; its value was roughly $34.4M. The point of Dinwiddie's "$SD8" token was to give fans the ability to bet on his playing ability and that his contract, when renegotiated in 2021, would increase in value. He hoped to sell between $4.95M and $13.5M at a $150K minimum buy-in.  Investors got portions of the profit and the Nets All-star got some early cash.

👎 What happened? Initially the N.B.A. turned him down. Well, not so much turned him down as they just stepped in and said "no." Marc Stein of the New York Times caught a phone interview with  Dinwiddie and discovered the league was willing to "sit down...and explain the offering." Dinwiddie won in the second half and the Nets had their first tokenised player.

🤷 So it all worked out? No, not really. But that didn't stop this from being a step forward in tokenisation or in major league sports being more flexible on player contracts. Following SEC approval, Dinwiddie only sold roughly 10% of the hopeful offering and...then he caught COVID-19. Both player and token got the bench in the end, but not without some solid effort. The token definitely looked a bit more futuristic than Fantex's stock offering on players (something that seems to have dropped off almost completely for the company).

We salute you, Spencer! That's some serious Changemaker-style stuff.

Bitcoin started a rally last Tuesday and is up 20% since, at the time of writing.

This week, we’ll be looking at the daily chart to make some sense of the recent parabolic run and where we could end up.

I have connected the highs of 2017 and 2019 with a purple resistance trendline and, as we can see, this trendline has already been breached. We had a successful retest of the purple trendline yesterday as the price came down to the line and was bought back up Meaning, this is the first support level where the buyers will try to protect the price from falling. The fact that it was breached and had a successful retest of support are both, potentially, extremely bullish signals as a multi-year overhead resistance has been cleared and has flipped to support.

The price has also formed a bull flag above a second strong support level at $10.4K. It is critical for the buyers to maintain the price above this level if we are to see a continued rise.

The next strong resistance coming from the weekly chart is at $11.5K. As we already had a 20% rally, the chances to have another one immediately are rather slim. It is likely that we’ll traverse sideways between $10.4K and $11.5K. If the buyers are able to keep the price above $10.4K and close a week above $11.5K, we may see another strong push higher.   The possible price impulse targets for the next rally are $12K, $12.6K and $13K.

P.S. - For all traders who are trading Bitcoin on euro pairs - the dollar has weakened and the euro has gained a lot of strength, creating some confusion as to why dollar traders are enjoying higher profits on BTC. While the percentage gain is higher, their dollars now have less buying power. I would advise to keep an eye on the EURUSD currency pair to set reasonable targets based on the trend of Bitcoin and the currency of choice.