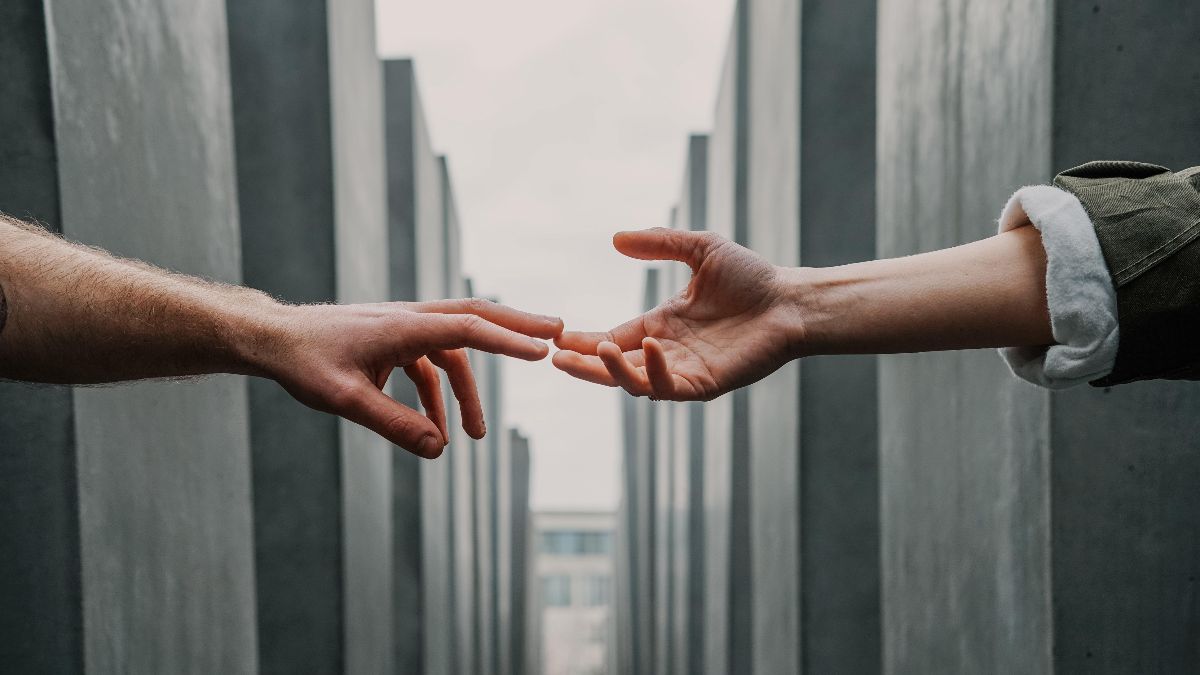 Welcome to bleet street. Or at least that's what I'm calling it. Llandudno residents have been comfortably self-isolated and the small Welsh town's mountain goats have moved in right beside them (plenty of pics there to enjoy).

One resident even exclaimed, in an interview with CNN, that he didn't have to trim his hedges anymore thanks to the town's new friends.

Cash continues to be perceived as cheaper by many merchants, but a 2008 article by the Bank of Canada was already showing the labour-intensive, theft-possible, counterfeit-laden, human error dilemmas that come with it.

The Economist Intelligence Unit recently published a survey to harp on the future of a cashless society and how people feel about the topic now - most notably, sentiment toward digital currency. The results are quite interesting for any reader.

At least 64% of the 3,000+ interviewed globally had used digital payments for at least half of all spending; that is to say, purchases made without a card, cash, or coin. This could be reflected in Sweden's drop in cash-on-hand payments from 40% to 13% between 2010 and 2018. Sweden gives merchants the ability to refuse cash payments if they so choose.

Around 10% of participants stated they believed they already lived in a cashless country and 83% of those questioned claimed to be likely or extremely likely to use digital payments over cash (including mobile payments). That's a lot of people and a lot less cash!

Is our society ready for a digital economy through cryptocurrencies? Those asked showed a 77% majority interest in government issued crypto (CBDC); this information existing despite there being no actual CBDC at this time. Between 51% and 69% of the results showed trust in decentralised cryptos for digital transactions. 44% of respondents claimed a lack of understanding cryptocurrency led to a barrier between them and acceptance. Education seems to empower crypto-adoption as cash trails behind.

💧 Who Wants to be an XRPillionaire?

XRP has been my favourite cryptocurrency since I first came into the digital currency realm. Exclaiming this loudly in my office always brings its fair share of laughter from the hardcore Bitcoiners, but personal beliefs in Ripple's coin have been based on its adoption, partnerships, educational funding, and other professional ventures.

A recent report by E-Toro (account required for .pdf) noted the XRP Army of Twitter users had dwindled by 16% over the first quarter of 2020. But is this number significant? Bitcoin's active commenters have seen an all-time drop of 58% through the same medium. The same report went on to show that 54.5% of E-Toros global consumers are actively investing in XRP with only 35.1% holding Bitcoin.

Ripple's ownership of the coin means that Ripple has a strong and singular desire to see it succeed. It's partnership with MoneyGram aids the giant in cross-border payments. The newest collaboration with Azimo resulted in the company taking only 22 seconds instead of 24 hours to receive cross-border payments, thanks to RippleNet. The perfect match with MoneyMatch now lets the company boast a proud 40% reduction in cost they say is directly related to RippleNet usage.

Ripple's own educational initiative known as UBRI has brought understanding, knowledge, and adoption to many universities and institutions worldwide.

That's the kind of thing 44% of The Economist's survey participants could use to move from cash to clever.

📌 Letter from the Developer

I’m Damilola and have just relocated my family to Estonia from Nigeria. As soon as I settled down, I started getting familiar with the growing African community here through old friends who study in Estonian universities.

My interest in Asia's huge technology cluster led me to conclude that they’ve evolved dramatically through referrals and communal interaction. Africans have tended to develop in silos; a reason that I believe has led to past African civilisations being developed in isolation.

Teaching has been one of my strongest passions and it’s my dream to retire into a life of educating. Over the years, I have taken part in several development efforts and decided to put my life-long passion, my experience, and desire into a social responsibility effort. I started a mentorship program for the African community here in Estonia.

The pilot program started with me placing ads in two Africans in Estonia groups on Facebook; the reception was impressive, but, since it was still experimental, I decided to put a threshold on the number of mentees I would be taking in for the first batch. I wanted to develop a sustainable model that can be duplicated by software engineers across Europe to graduate more mentees.

The current mentorship class is ongoing and is structured around a weekly video session with the mentees, after which projects are given and discussions take place in our closed Telegram group. Our first class on April 20th was extremely encouraging; the rush of dopamine that came with contributing to a social cause was priceless.

I hope this effort inspires others to do the same. There is a constant need for talented software engineers. We’ll be doing the world a favour by sharing our experience with upcoming engineers and helping them navigate the chaotic software landscape.

Last week we saw an attempt to move Bitcoin down through the $6,600 area, but this was later confirmed to be a false breakout (when one side of the market attempts to fool the other side of the market). Shortly after, Bitcoin rose from $6,500 to nearly $7,250; the rise in price was short-lived and the weekend brought a dip back down through $7,000 and landed at $6,750.

If you are day-trading these volatile moves on lower timeframes, I’d advise you to keep an eye on the S&P500 and Dow Jones Industrial Average indices. There has been an increased correlation between Bitcoin and these stock market indices since the drop in March.

Buyers could be in trouble if we do not reclaim the $7,200 area. The previous peak was $7,450, making the more recent $7,250 peak a lower high - a possible early warning sign of exhaustion that could be signalling a drop in price.

Plotting a few trendlines on the chart from local highs and lows lets us see that the price action is getting tighter inside a triangular formation. We’ll be watching these trendlines to confirm a breakout to either side. In general, there haven’t been any significant moves and we remain in the sideways trading range between $6,600 and $7,200.

If you have any feedback or things you'd like to learn, please write to me at hello@changeinvest.com.

Werner A. Analyst and Customer Support 🚀