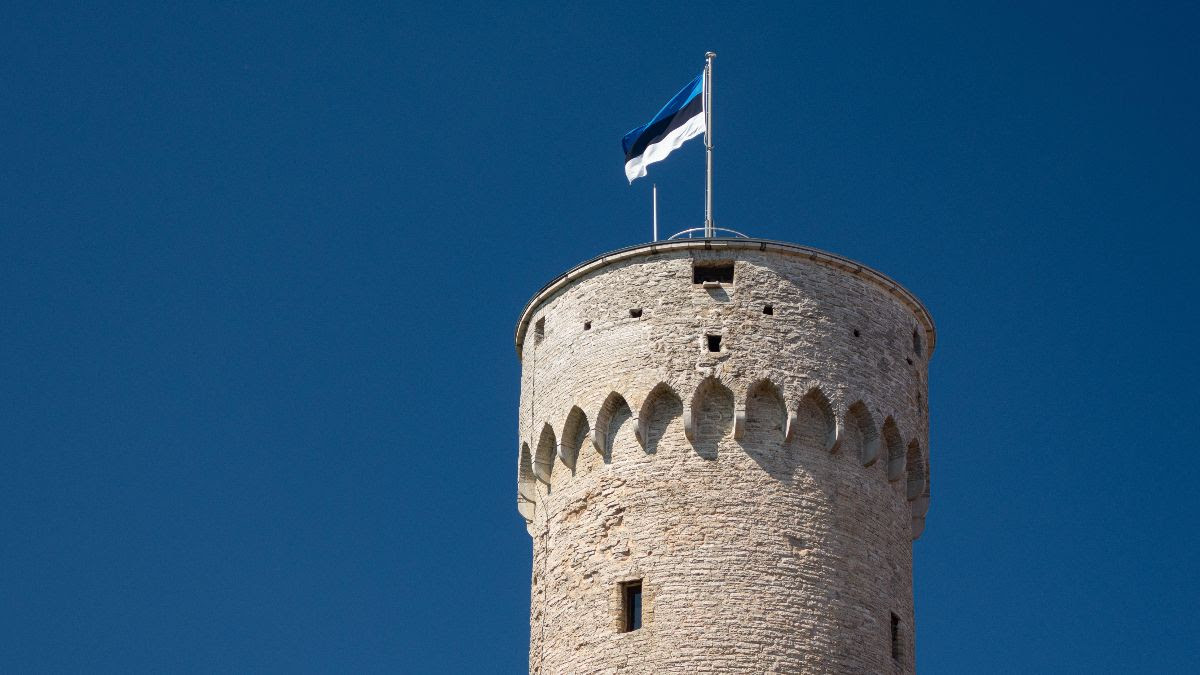 Hop To It Changemakers,

A Reddit thread gave many a chance to chuckle recently when explaining the entrance of a new animal to market prediction and speculation. So MOOve on over Bulls, and lets see if you can Bear it - CNBC gives you the Kangaroo market.

It's quite easy to guess, rapid price movements going up-and-down within a short space reflects the nature of the Australian-native marsupial. And though we woudn't want to get in the ring with one, the boxing bully did have a pretty funny meme attached to it by investing firm Banyan Hill.

👉 Did you know: we're actively looking to hire a Head of Marketing and a Digital Marketing Manager in Estonia! Know someone who's right for the job and wants to work in a fast-paced, multi-cultural environment?

We hop your friends get our letter in their pouch. Have them subscribe weekly by simply clicking here 🦘

The Baltic nation's take on cryptos has been strong since the crypto-boom in 2017 began. With a well-established e-residency program and digital-first mindset, the tech-leading Estonian population drove towards proper regulation, implementation, and adoption of cryptocurrencies - beating the rest of the EU and helping to write the Union's book on proper blockchain law.

The EU's 5th Anti-Money Laundering Directive now oversees much of Europe, the licensing itself starting in Estonia and moving ever-southward (to include the UK) for cryptocurrency companies. Companies like Change Invest adopted the policies prior to their enforcement date in order to ensure customers didn't have disruptions in service following their final implementation.

But that wasn't the case for all licensed companies in Estonia. With a bit of a live-and-learn storyline, The Estonian Financial Intelligence Unit (FIU), led by Madis Reimand, worked to revoke the licenses of over 500 crypto-companies recently who had failed to live up to the standards set forth by the license: Begin operations within 6 months, follow the standards of the regulating body, and provide accurate information when applying for authorisation.

While Estonia continues to be a mecca for cryptocurrency in the EU, the recent review of current (new) policies (following a Danske Bank scandal) will continue to evolve around it and will further tighten up the requirements for holding a crypto-license within its borders.

Cardano (ADA) has nearly doubled in value since late May! A truly bullish narrative following the introduction of the coin's Shelley upgrade coming soon (we hope around the first week of July) 🥳

I tuned into the CryptoLark's recent interview with ADA's parent-company IOHK CEO Charles Hoskinson to learn more about both Shelley and the network's, currently lesser-used, feature known as Hydra. Here's the brief and noob-style scoop:

Shelley is no easy-going task for IOHK. Over 60 separate research papers and thousands of hours of engineering work have gone into Cardano's multi-year project that is hopeful to release in July. The community has been very hyped about this and the recent bull-run reflects that excitement. Hoskinson stated in his interview "I've got man-boobs now" when referring to how little he's left his work station over this exhaustive effort.

Moving into a proof-of-stake model is a huge security and engineering undertaking, but not one that hasn't been acknowledged and confidently tackled by IOHK. With this model, a lot of free advancements are available, such as environmental, performance, sustainability, and service layering. ADA believes that its model is "built to last" much like Bitcoin's lightning network.

Hoskinson went on to take a question about Hydra, an upgrade IOHK currently uses for 2-3% of it's volume, but its long-term usability potential is nothing to shake a stick at! Hydra exists to enhance multi-asset transactions. In human terms, every transaction has 5 parts: Asset (money), Entity (Services), Meta-Data (Transaction Info), Contractual Components (KYC, Regions, etc), and Identities (Sender, Receiver). While some networks (like BTC) tackle one of these, ADA will be needing its systems to give 5 opinions per transaction. The Hydra system will hope to allow millions of transactions per second in the future and for ADA users to communicate with other systems (like BTC) better to enhance multi-crypto paired transactions (like ADA > BTC).

Cardano, it's probably got Ethereum sweating a bit.

“The only thing necessary for the triumph of evil is for good men to do nothing.” ― Edmund Burke

The story of Rosa Parks has been one that seemed quite simple on the surface but has intrigued me since I was a teen. A woman’s defiance of a standing order became a catalyst for the infamous Montgomery bus boycott and became a symbol in the fight against racial, segregational laws. The simple act of not giving up a seat inspired multitudes of civil rights movements. Reading her story has been influential in shaping me as an adult and these are a few lessons I’ve learned from her:

️☝️ it’s not enough to look away or not take part in fighting injustice, we need to step up, speak up, and realise your action and inaction has more influence than you'd anticipate. Giving up her seat would have been okay by law, but her resistance had more impact. She may not have been the first to defy the order, but her case became a turning point in the fight for equality and freedom among African-Americans.

️✌️ not every law is morally right. It is okay to have values and opinions, even if they are not so popular, as long as they are morally right. We owe it to ourselves and others to have empathy and moral ethics. Rosa Parks' disobedience violated the Alabama segregation laws, laws that disenfranchised an entire race. It was legal for her to obey them, but it was morally better for her not to. It's helped me see traditions, cultures, and religious beliefs that show prejudice and call them out for what they are - even if these beliefs favour me.

🤟 it’s sometimes the little things that count. I read a Washington post article where it was mentioned that Rosa Parks was a lifelong activist and very rebellious, but it is her silence that today has become a symbol of the civil rights freedom movement. A simple act of remaining seated in a bus changed the course of history.

In last week’s analysis, the bulls needed to protect the $9.3K point of control, which they managed nicely -  closing last week slightly below $9.3K. The price finally started breaking out from the falling wedge yesterday. It looks like we are on a fresh move up, gaining a juicy 4% this week.

Signs of strength are evident: We reached a high of $9.8K this week, Set a higher low-point at $8.9K last week, and have watched the price consolidate above the point of control. Considering the speed of the current breakout, the buyers may not be done and could be trying to take the price above $10K again.

If the price moves above $10K with a sustained breakout, we should first wait for a retest of the $10K level. If it holds, then the bulls will try to take prices straight to the next resistance areas, which fall at $10.5K and $11K - super exciting to be in this zone again.

By reflecting on the price action from the last 2 months, we’ve established that $9.8K is the first heavy resistance zone and $10K is the second. If the buyers do not have the strength for another run, $9.8K could be rejected and we  could keep floating in this trading range until one side antes up.