A $5M Dollar Heist and our Ethereum Analysis 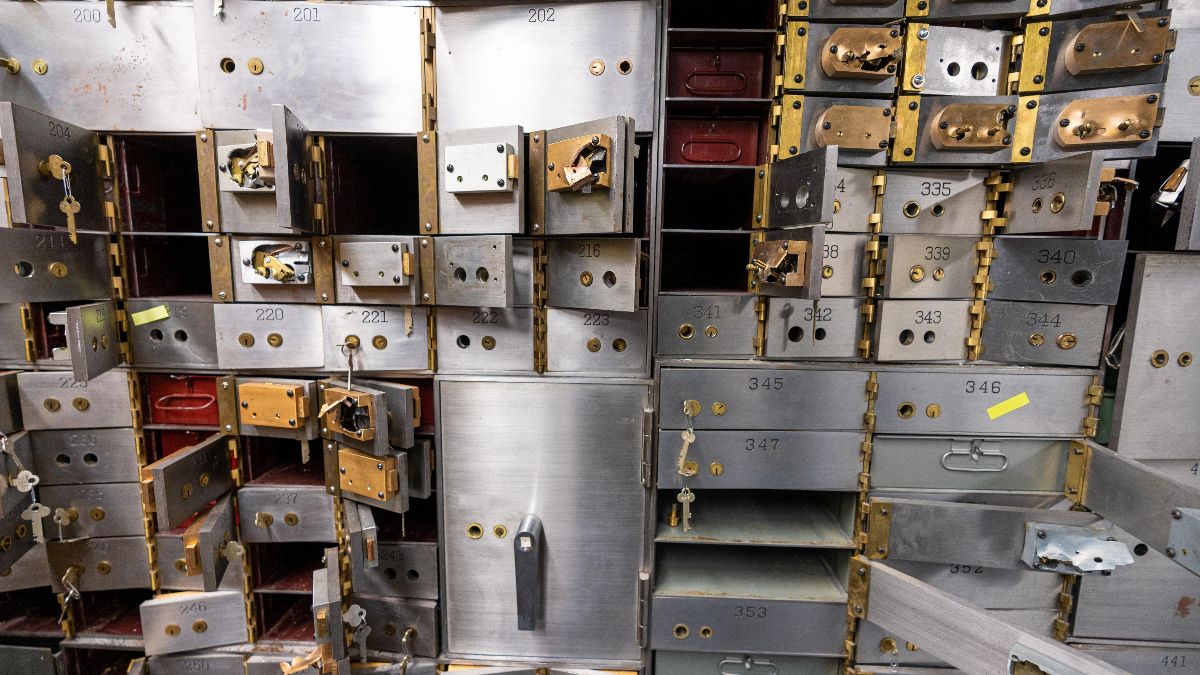 "CoreCoin (falsely called Bitcoin), BTC, is not used as cash. It is but a speculative asset."

Love to read what Craig Wright, the self-proclaimed creator of Bitcoin, has to say. Besides being involved in a U.S. District Court case in Southern Florida, claiming to be the creator of Bitcoin (sorry...CoreCoin), and writing a continual stream of rather wordy and upset articles on his blog, Craig claims to be the following:

We hope you have a good day of Bitcoin investing, Changemakers. And to all you eternal students, researchers, scientists, lawyers, bankers, economists, pastors, coders, investors, and world-curious mathematicians out there...get some rest.

Are your scientist-lawyer-wizard friends as informed as you? Tell them to subscribe weekly by simply clicking here 🐙

🇧🇷 Steal from a Steel Company?

This is the Real deal. Approximately 30M Real to be precise.

$5M dollars worth of the Brazilian Real was stolen from local steel manufacture Gerdau in mid-April, according to a report from local media group Portaldobitcoin. The case is baffling to Santander, the account providers for Gerdau, as the money was debited in multiple transactions by another account holder named Mundial Illuminations.

A manipulation of the channel code allowed Gerdau's account to be debited despite the account of Mundial being the logged-in account; all transactions originated from the same IP address. The investigation to the Public Ministry claimed that "it is as if a corporate bank account had invaded another corporate bank account for the order of debiting the bank."

The fraudster(s) rapidly tried to move the money into Bitcoin through multiple, local, over-the-counter (OTC) exchanges; this action required the money to be deposited into the bank accounts of the exchanges that would offer Bitcoin at a specific price. According to Portaldobitcoin, "the compliances of some companies caught inconsistencies before the sale was made" and only about half the money was sold into Bitcoin due to other OTC exchange's failure in identifying the source of the funds being delivered.

An exchange owner, who asked not to be identified, stated wonderfully that “It was a very high amount, of $5M Real, we asked for an extract from the original account....the money we received had entered the original account on the same day, [so] we went into operation...the customer started to pressure me to send the Bitcoins, but I didn't. A short time later, the bank blocked my account.”

Ripple's coin XRP held the position for third largest cryptocurrency by market capitalisation for quite sometime; a few exhausting moments leading up to yesterday's halvening resulted in Tether's USDT stablecoin taking that spot with a new market cap of $8.79B - XRP sitting comfortably near its $8.5B mark.

According to a recent article by Cointelegraph, USDT purchases and influx (predominantly through the Ethereum blockchain) may have been an indicator to Bitcoin bull-runs and likely forecast results of the recent halving event.  The BTC and USDT pairing comprises approximately 90% of all Bitcoin to stablecoin transactions.

You aren't dreaming! We put out two newsletters this week 🎉

The Letter from the Editor section is reserved for when we have important, interesting, and relevant information from our team members and sometimes our community as well.

Because of our Halvening letter on Monday we hope that you'll look forward to a wonderful section from our Risk Officer next week on the 20th. Thanks for being Changemakers every day!

Ethereum has had a wild ride alongside Bitcoin over the past few months. As Bitcoin took a plunge this weekend, it brought Ethereum down with it. As Bitcoin made a quick recovery from the lower end of $8,000, so did ETH. And the candlewick down to $175 was very short lived, indicating that there is strong support around this level..

Ethereum took on the $200 resistance level a couple weeks ago and was able to make it all the way to the $215 resistance zone after which both sides of the market played a bit of 🏓 between themselves.

There’s still loads of room for a more monumental move in the short term and the price is sitting right in the middle of the action. I plotted a black resistance line on the chart. If the buyers are able to keep the price above $175, we should see a retest of $200, the black trendline, and maybe even $215. Should all of these levels get taken out, we may see a push all the way up to $245. If sellers do manage to break the $175 level, the next support would be at $150. A break below $175 would put ETH in a rather bearish position.

Having looked at the USD values, let’s also take a look at Ethereum against Bitcoin. This is one of the crucial drivers for Ethereum’s value against the dollar.

During the rally that ended in February, Ethereum managed to go all the way to ₿0.027, but this was short lived and, in the beginning of March, it was already hovering between ₿0.025 and ₿0.027. By late March, it had breached through the ₿0.023 support and bottomed out slightly below ₿0.021, which seems to be the current support level.

In April, we saw an attempt to reclaim the ₿0.023 and ₿0.025 levels, but, as Bitcoin started rallying, many people exited Ethereum to get a slice of the Bitcoin rally, driving down the price of Ethereum against Bitcoin.

If Bitcoin stabilises at current levels, Ethereum is likely to find support near the ₿0.021 zone and take on the ₿0.023 and ₿0.025 resistance levels. Should we see another rally in Bitcoin, Ethereum’s USD value may rise, but it’s valuation in BTC has a strong probability to go and test the ₿0.0195 level.

To keep the newsletter tidy, I have added the link to the ETHBTC chart below👇
https://www.tradingview.com/x/3lH7y5oB/